If your vehicle has an ignition interlock – a device that prevents a vehicle from starting if you have been drinking – then you know that you need to blow more than one test to drive from A to B. Ignition interlock breath tests are part of the drill.

If you don’t have one, you might be wondering how an ignition interlock can keep a drunk driver off the road. After all, a driver can have a few drinks and then get a sober “friend” to perform the test. Right? 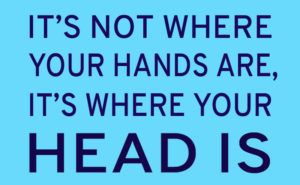 In fact, that problem was worked out before ignition interlocks were adopted by state governments. After you start your interlock-equipped vehicle by doing a breath test and proving you’re sober, you’re required to re-test periodically while driving, to make sure that you’re sober all during your journey. It’s called a rolling-re-test, and it’s one of the reasons that ignition interlocks have been so successful across the country.

Sometimes another question is raised: are those re-tests a dangerous distraction?

With an ignition interlock rolling re-test, the driver hears a beep, breathes into the device, and then waits for another beep to tell them that the test was passed. It’s no more distracting than sipping a cup of coffee.

The dangerous distractions drivers face are the ones that occupy the mind. That’s what makes texting so deadly. The more that something occupies the mind, the greater the effect. And that is why drunk driving is so lethal: it occupies the mind totally, by reducing its ability to judge, react, see and even hear what’s going on around it.

So don’t worry about the effects of ignition interlock breath tests performed while driving. The device is safe to use, and it makes the roads safer for everyone by ensuring that those using it are sober while driving.

My Term is Up. Can I Remove my Ignition Interlock Myself?
Next Post:Arizona DUI Arrests Are Seriously Down.