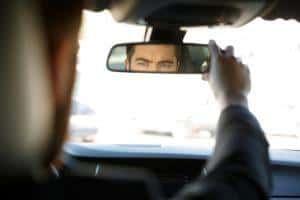 Arizona gives drivers with a drunk driving conviction the chance to regain their driving privileges with an ignition interlock – a device which prevents a vehicle from starting if the driver has been drinking.

However, violations do occur, and the consequences are serious, so if you have an interlock device you should know if you’re in violation of the program. Here are the 5 ways that DUI offenders rack up Arizona ignition interlock violations:

Not installing the interlock

Tampering with an ignition interlock is not only illegal: it almost never works, and is always detected. Even if you were to find a way to disable or bypass the mechanism, the data would reveal that driving was being done without testing. The result would be another offense on the record.

Getting a passenger to breathe into the ignition interlock, or otherwise circumvent the device, is illegal, and will result in longer suspension and interlock period.

If you attempt to drive with a blood alcohol concentration (BAC) over the legal limit, you’re in violation of your interlock program.

Driving without the device

If you’re under interlock restriction, you’re not allowed to operate a vehicle without an ignition interlock device except in cases of emergency.

This might seem like a long list, but it boils down to a simple rule: use the interlock correctly and don’t drink and drive, and Arizona ignition interlock violations won’t be a problem – you’ll get through the and can move on.