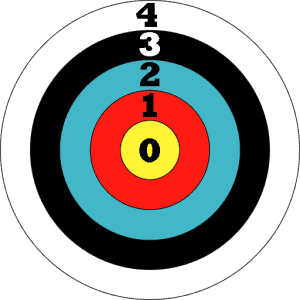 Some legislators in North Carolina are on a mission: make the state a model for strict DWI laws. As we have noted before, two strong DWI bills have passed in the House and are going to the Senate. One of these bills is attracting some controversy. House Bill 32 reduces the blood alcohol concentration (BAC) limit allowable for those with a suspended licence for DWI and no ignition interlock to 0.0 – no alcohol at all. An ignition interlock, or car breathalyzer, prevents a vehicle from starting if the driver has been drinking.

Under the new law, if any alcohol at all were to register on a driver’s breath – even a tiny amount – the vehicle would not start, and the fail would be recorded.

It’s a very understandable goal. Those who have committed the offense of driving while impaired need a wake-up call. Compelling offenders to utterly abstain from alcohol for hours before driving can help keep them aware of the responsibility of sober driving.

However, there have been objections from some quarters about the strictness of the 0.0 limit. In particular, some are concerned about how users sometimes register tiny trace amounts of alcohol from foods and non-alcoholic drinks such as fruit juice that ferment in the mouth. Even that small amount of alcohol can register on an ignition interlock. And if the device is set to fail at an alcohol level of 0.0, then the driver will fail.

One compromise would be to set the level at 2.0 or 2.5, as many states do for users who have ignition interlocks. That level ensures that the driver is not impaired, yet is a little more forgiving of trace amounts of alcohol which could trigger a fail.

In any case, the point of breathalyer tests and ignition interlocks has never been to eliminate alcohol – it’s to eliminate drinking and driving. Judging by the falling crash rates in states that have strong ignition interlock laws, it’s a job the devices are well suited to. Our fingers are crossed for the bill’s success in the North Carolina Senate.

Previous Post:Accidentally Blow a “Fail” on Your Monitech Ignition Interlock? It’s Not the End of the World.
Next Post:The Two Questions Any Designated Driver
Must Answer – And Why So Many Fail To