Does Your Teen Drive? Consider an Ignition Interlock. 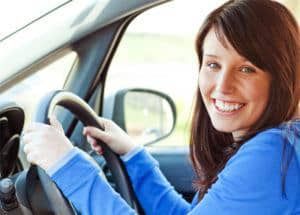 It’s not easy being the parent of a teen. Every day can be a battle of wills, and your concern for their safety isn’t always appreciated. And when they drive, your worries multiply. Teens take risks: they speed, they are easily distracted, and too often they drink and drive.

It’s possible to contact an ignition interlock provider and have one installed on any vehicle, so that it can’t be started if the driver has a blood alcohol concentration above around .02 – far below the legal limit for drunkenness. Here’s why it makes sense to have one installed in your teen’s car:

It’s not hard at all to have an ignition interlock installed in your teenager’s car. Just contact your provider and ask for a voluntary installation. The provider will install the device and train your teen and anyone else in its operation.

Life is chancy enough, and teens face enough risks on the road, without adding drunk driving to the mix. Consider being a champion parent and having this life-saving device installed in your teen’s car today.

Previous Post:Driving Drunk? NC Site Says “Be Smarter Than That.”
Next Post:In A Hurry to End Drunk Driving in AZ? Don’t Run – Walk.