The Device that Stopped NC Drunk Drivers More Than 129,000 Times 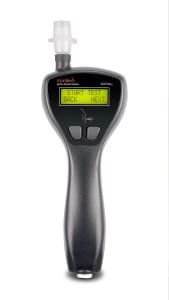 It’s one thing to claim that a device stops drunk drivers. It’s another thing to come up with real numbers that show the device works. Recently Mothers Against Drunk Driving (MADD) did just that. In a recent report they tallied up just how many times ignition interlocks stopped people in each state from driving drunk.

The number of drunk drivers stopped in North Carolina was 129,704.

An ignition interlock, or car breathalyzer, prevents a vehicle from starting if the driver has been drinking. Of those 129,000 fortunate drivers, 14,000 had a blood alcohol concentration (BAC) of .08 or more, the legal limit for intoxication. At that level, all your faculties are impaired and it is considered extremely dangerous for you to be on the road.

North Carolina began using ignition interlocks in December of 2007. Just imagine those years with another 129,000 impaired drivers on the state’s roads and streets.

MADD issued the report to emphasize how valuable ignition interlocks are to the cause of fighting drunk driving. License suspensions, a measure that courts and DMVs often impose on offenders, do not work. Too many – by some estimates half to three-quarters – of offenders with suspended licenses drive anyway. And those who tend to drive impaired will do so. Only an ignition interlock will stop a driver from starting the car and taking off down a road that could lead to injury and death.

North Carolina has been well-served by ignition interlock devices, then. Could it benefit more? Yes, according to MADD. The report mentions three areas in which the state could make improvements that would protect more of its citizens: