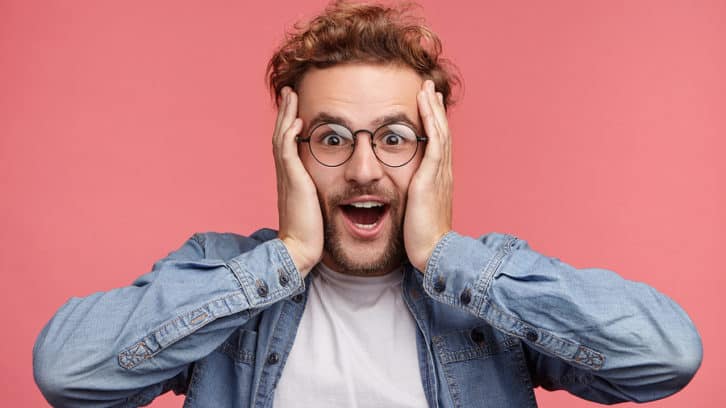 Sometimes police spot drunk drivers on the road. Sometimes they stake out bars and taverns and wait for patrons to stagger into a DWI arrest. Sometimes they get called to a crash, and the driver turns out to be drunk. And of course, police in states like North Carolina man checkpoints to catch drunk drivers there.

But sometimes a drunk driver just delivers himself to the cops.

A group of Johnston County state troopers were holding their monthly meeting at a fire station when a man named Chad William Johnson walked in to drop off a job application. He immediately started shaking the troopers’ hands and thanking them for his service.

The cops notice the odor of alcohol, so one of the troopers gave Johnson a breathalyzer test, which he failed. In fact, he registered .18 BAC, more than twice the legal limit for intoxication. Since he had driven to the fire station, he was arrested for DWI and released on bond.

Was that fair? Absolutely. A driver who doesn’t notice a dozen or more patrol cars in a fire station parking lot is obviously not equipped to notice pedestrians or other unexpected road obstacles. And anyone who would drop off a job application in that condition is obviously not in possession of good judgment – another requirement for safe driving.

Most impaired drivers give cops more of a run for their money before they are caught. A good many cause damage, injury, even death, so all in all it’s fortunate that this driver was caught and taken off the road before anything happened.

And since the offender’s blood alcohol concentration was above .15, he should be getting an ignition interlock device in his vehicle, which will prevent him from starting the engine if he drinks.

No word yet as to whether he got the job. 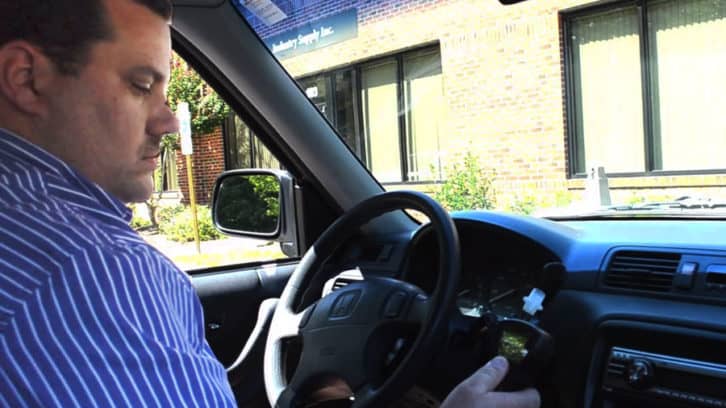 My Spouse Wants to Use My Car – With My Ignition Interlock

If you’ve just been ordered to have an ignition interlock installed in your vehicle, you probably have some questions. One of the most common is: will my wife (or husband) be able to use my car after the interlock is put in?

Anyone Can Use an Interlock-Equipped Vehicle

The answer is that anyone can use a vehicle on which an ignition interlock has been installed. You just need to make sure of two things:

Knowing this, it’s important to allow a vehicle with an ignition interlock installed to be used only by people you know, and whom you trust to drive while sober. The device records every test and every driving session, but according to most state laws, the one ordered to install the interlock is the one to whom violations will be counted against.

Apart from exercising some caution about whom you let use your vehicle, there’s not much to owning and driving an interlock-equipped car. The purpose of the device is not to restrict but to enable – it enables motorists who are alcohol-free to go about their lives and drive where they want, legally and safely.

The answers to all your other ignition interlock questions here.

Happy driving to you and your spouse! 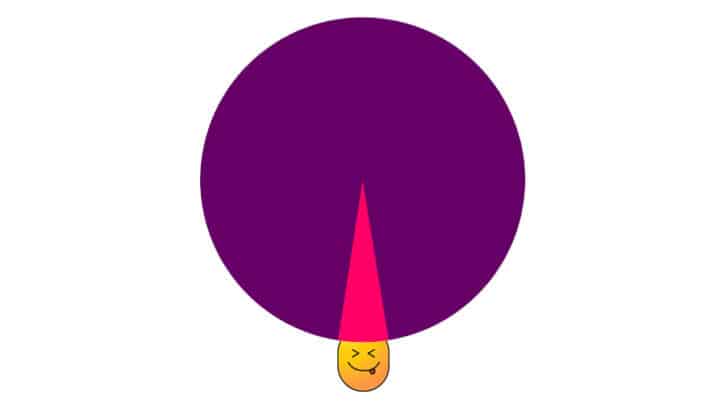 First, let’s get our terms straight. “Dumb” is a colloquial term meaning “showing a lack of intelligence,” evidenced by the making of bad or foolish decisions. “3 percent” is derived from 2,000 drivers caught driving impaired out of 63,000 stopped in a 5-week period. “Arizona drivers” are, well, drivers in Arizona.

The campaign took place on Arizona roads between Thanksgiving and Christmas. Out of those 2,000 DUIs, more than 400 were extreme cases (a blood alcohol level over .15) and about 260 were aggravated cases (cases made more severe because of circumstances like a minor in the vehicle, injury or death, or driving with a suspended license.

You might think, “Only 3 percent?” Not so bad. But think of how many cars you encounter on the roads every day, coming toward you on the highway? It probably numbers in the hundreds, and these numbers suggest that 3 out of every hundred drivers – and not just Arizona drivers – are not able to fully control their vehicle.

Despite being impaired, those 3 out of 100 Arizona drivers decided to get behind the wheel and risk some of the toughest DUI penalties in the nation.

Add to that the legal fees and the higher insurance costs after a DUI, and “dumb” is about the only word to use for the decision to drink and drive.

Yet 2,000 people were caught. And many more did it and weren’t caught – this time.

Given how many impaired drivers are on Arizona’s roads, you’re advised to take care. And more important, stay out of that 3 percent who decide they’re okay to drive even though they’re under the influence. You might not be perfect, but you’re not dumb, are you? 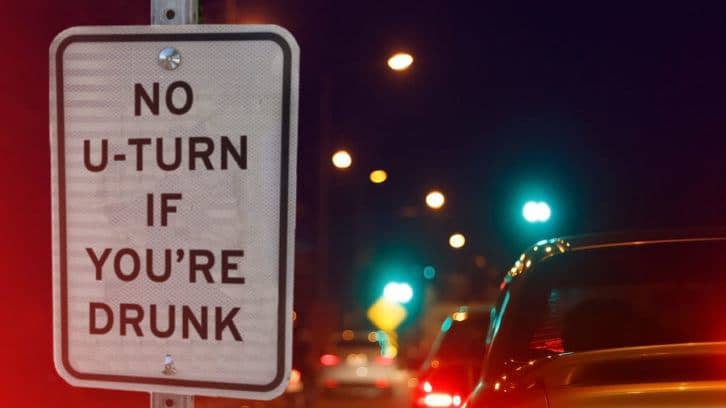 Tweeting DWI Checkpoint Locations in North Carolina – Is That Fair?

North Carolina is a checkpoint state – the constitution allows police to set up a checkpoint to stop drivers and ask if they’ve been drinking. It’s not hard to figure out where they are – websites and social media feeds broadcast their location so drivers never need to be surprised by them.

In some states the police must broadcast the location of the checkpoint in advance, but North Carolina only requires that blue lights are flashing. And if you turn around to avoid the checkpoint, the police can stop you and ask you why.

Some, police spokespeople, including the Iredell County Firewire Facebook feed, claim that posting roadblock info is merely helping drunk drivers avoid detection. And it’s true that an impaired driver could check a warning site and take a different route.

But the First Amendment allows citizens to inform others of police activities, and there’s nothing secret about the checkpoints.

How Sobriety Checkpoints Help No Matter What

Even if the warning sites help a few drivers evade the breathalyzer, the checkpoints still catch a fair number. And more important, the presence of the roadblocks has a salutary effect on people heading out for a social gathering – it reminds them that police are out in force, and that they had better stay sober if they’re driving home.

Not all states use checkpoints, and the constitutional disagreements about stopping vehicles randomly will no doubt continue. But states in which they are permitted do benefit from them – even when people don’t get near them.

With over 2 million vehicles registered in Arizona, the chance that a drunk driver in one car will collide with another vehicle are pretty good.

But what are the chances that a drunk driver would hit a patrol car – there are not that many of those, comparatively speaking. Nevertheless, it happens more often than you’d think in every state, including Arizona.

Phoenix’s most recent incident happened near 26th Avenue and Bethany Home Road, where an intoxicated man rear-ended a police vehicle.

Fortunately, no one was seriously hurt. But one of the officers was standing beside the vehicle at the time of impact. Had the drunk driver veered a bit, it could have been disastrous. The charges were DUI and endangerment.

A drunk-driving crash into a police car is unique only in that the victim is able to give a sobriety test and make an arrest. Otherwise, it’s just another one of Arizona’s 5,000 alcohol-related crashes each year, in which some 300 people die.

That number is one the state has been struggling with for years, with some success. In 2007 Arizona became one of the first states to pass a law mandating an ignition interlock for all DUI offenders. An ignition interlock, or car breathalyzer, prevents a vehicle from starting if the driver has been drinking.

The ignition interlock law has saved lives, and other actions – DUI patrols, sobriety checkpoints, laws prohibiting the refusal of a sobriety test, for example – have also helped bring down the number of lives lost due to impaired driving.

Yet drunk drivers ply Arizona’s roads every day, and while they’re not likely to plow into a police car necessarily, they’re very liable to hit someone, and that someone might be you. Be safe out there. Don’t let friends drive drunk, and if you’ve been drinking, get a sober ride. If you hit a cop car, you’re not talking your way out of it – guaranteed.

A couple of days ago we gave you the bad news: DUI arrests were up over the Thanksgiving holiday weekend in Arizona. But there’s some good news too: overall, Arizona drunk driving arrests are down. The director of the Arizona Governor’s Office of Highway Safety, Alberto Gutier, gives some of the credit to Uber, Lyft, and other rideshare services.

In an interview with Fronteras Desk, a network of public radio stations in the American Southwest, Gutier noted that five years ago Arizona saw more DUI arrests despite having fewer officers on patrol.

Beyond Rideshare: The Deterrent Factor

Rideshare services can take some of the credit. As Mr. Gutier said, they are convenient and not very pricey – certainly a lot cheaper than an Arizona DUI conviction. However, there are other factors in play. For one, the reason so many people chose a safe ride home with a Lyft or Uber car is that the state’s drunk driving laws are among the strictest in the country. That’s a good incentive to avoid getting behind the wheel if you’ve been drinking.

Another contributor to the downturn in drunk driving numbers is Arizona’s strong ignition interlock law, which mandates an ignition interlock for any DUI offense, including a first offense. As a result, fewer repeat drunk drivers are on the road in the first place. Their devices won’t let their cars out of the garage if they’ve been drinking, so they never become a statistic again.

26,000 Arizona drunk driving arrests are still too many. One think that remains to be done is to continue strengthening the enforcement of the ignition interlock law – to ensure that every single offender who has been ordered to install an interlock does so. Nothing can prevent drunk driving altogether, but a strong, well-enforced ignition interlock program assures us that offenders don’t get a second chance to drive while impaired.