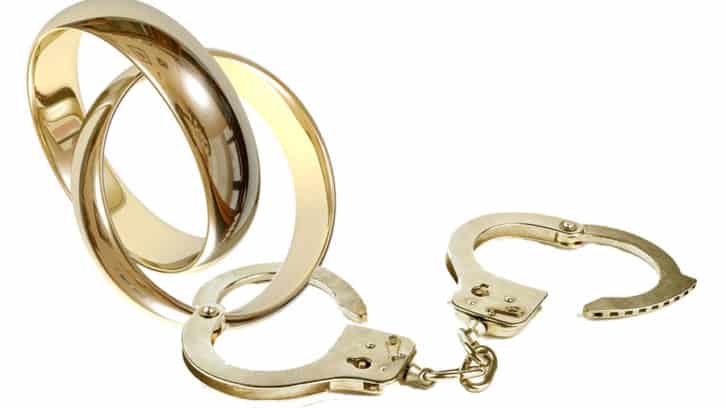 Get Me to the Church On Time? But With a DUI…?

It’s up there with the worst wedding memories ever, probably. A woman in Marana, Arizona caused a three-car crash not long ago. She was arrested and tested for impairment. That in itself wouldn’t be big news, even in Arizona, which is fairly sane in the drunk driving world. But the woman was wearing a wedding dress, and was on her way to her wedding when the crash occurred.

There could have been all kinds of reasons for a wedding day DUI. She might have been drinking that day. Or she might have had a very big celebration the previous night and was still impaired.

But why did she get behind the wheel? Perhaps she was in such a good mood that she didn’t think anything bad could happen.

No Day, However Special, Is OK to Drive Drunk

In some ways, every DUI incident is a result of this kind of magical thinking. We’ve had too many drinks, and decide to drive. We won’t crash, because we can handle it. We’re not that drunk. We know the roads. We’ll be careful. Arrests and crashes happen on the news, not to me.

We weren’t told if the driver in this case made it to the church. If she did, then her wedding anniversary will also be the anniversary of her DUI. Not one for the memory book, perhaps.

Arizona NFL Golf Cart DUI Story Has It All.

This story has everything – or at least, everything that has come to typify our offbeat drunk driving stories. See if we’ve missed any elements.

Sports figure. The story concerns David Parry, defensive lineman for the Indianapolis Colts, who was recently arrested in Scottsdale. According to the NFL Player Arrest database maintained by USA Today, Parry is the first NFL player this year to be nabbed for DUI. There were ten last year.

Opinions are divided about whether or not athletes are over-represented in DUI court. The vast majority of sports figures get through any given year without driving drunk. But we do see a lot of arrests in the news. Is it just that they get more coverage?

Wee hours. This incident happened at 2:15 a.m., which is rush hour for DUIs. Most drunk driving arrests happen in the hours between midnight and 3 a.m., when those who have had too much at a bar or party are heading home.

Young male. David Parry is 24, right in the top demographic for DUI arrests. According to Mothers Against Drunk Driving (MADD),  the highest percentage of drunk drivers are in the 21 to 24 age bracket, followed by ages 25 to 34. Drunk driving skews young.

Unusual vehicle. Most drunk driving occurs in cars and trucks, but the definition of motor vehicle is wide, and the definition of impaired driving is even wider. People have gotten DUIs on Segways, scooters, riding mowers, snowmobiles, Zambonis, tractors, and horses. In this case, Parry commandeered a golf cart and drove off. A Golf cart DUI is much more common than you might think.

Multiple charges. Parry allegedly punched a golf cart driver, stole the vehicle, and drove away. When apprehended, he struggled with the officers. The charges included robbery, car theft, criminal damage, resisting arrest and, of course, a golf cart DUI.

A lesson. Almost all of the DUI stories we read end badly – or else how would we be reading about them? So the lesson is a pretty obvious one – don’t drink and drive. Whether you are young or old, male or female, an NFL player or a short-order cook, and whether it’s 2 a.m. or high noon – you need all your faculties and judgement to drive safely. With alcohol, you don’t have them, and you end up in trouble.

Is Drunk Driving in Arizona Too Common? In Phoenix DUIs Fall From Trees.

All right. Let’s see what we can learn from this one. Arizona troopers last week got a report of a rollover near 56th Street in Phoenix. They arrived and found the crashed truck – but no driver.

It didn’t take long to locate the one responsible for the rollover. A man fell out of a tree near the scene. He’d been hiding there to avoid the police.

In a successful attempt to do something even stupider, the suspect attacked the police, who quickly subdued him before he could do any harm. He’s been booked for aggravated assault and – no surprise here – DUI.

It’s hard to pin down what this drunk driver hoped to achieve by hiding in a tree. Was he expecting the police to just go away, leaving a rolled-over truck at the side of the road? Did he think he couldn’t be traced?

Or was he just hoping to hide until the effects of the alcohol wore off and he couldn’t be charged with DUI. Drunk driving in Arizona is not well-tolerated by state authorities. The law mandates ignition interlocks for all offenders, and levies stiff fines and prison sentences.

And falling out of the tree and attacking the police? Those illustrates the impairments that make drunk driving so dangerous in the first place: a lack of physical coordination and poor judgement. The suspect showed plenty of both during this incident.

And that’s about all we can learn from this incident. Drive drunk, and you’ll find yourself up a tree. 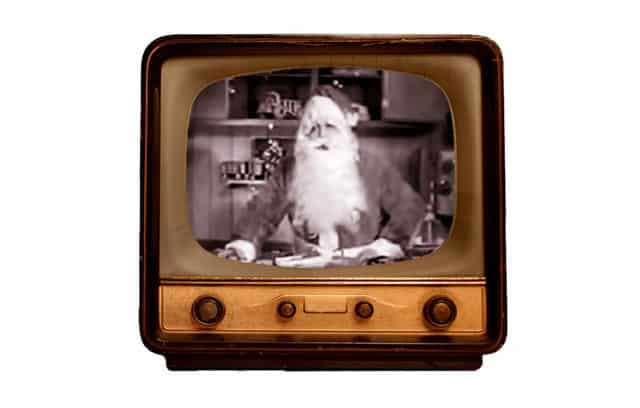 As it is now, so it has always been: the holidays are a dangerous time of year on the roads. People were always aware of it, though, as evidenced by this PSA by the National Foundation for Highway Safety, a Connecticut-based group that seems to have disappeared or been absorbed into another body. (Hat tip to Yesterday Television)

This public Service Announcement from The National Foundation For Highway Safety…. is as true today, as it was back, in the day.Merry Christmas!Yesterday Television

Santa looks pretty desperate, and he should have been. If this was the early 60s – hard to pin it down – road deaths would have been approaching a thousand a week, and more than half of those would have been alcohol-related. There was still public resistance to treating drunk driving as a serious crime. Ignition interlocks had not been invented, and it was still customary to evade drunk driving charges with the aid of a good lawyer. Often drivers were sent home with a warning to “sleep it off.”

PSAs have gotten more sophisticated since this message was made. So have laws and enforcement strategies. 28 states now mandate ignition interlocks for all drunk driving offenses – including first offenses – and more are signing on every year. Licenses are suspended automatically upon arrest in many states, and vehicles are sometimes impounded – measures that protect innocent lives.

So please remember: if our public safety PSAs don’t look anything like they did 50 years ago, our roads still do. There are people out there who have been out celebrating with friends, and who haven’t had the good sense to get a taxi home. As Santa said, they “fool themselves into thinking that drinking does not affect their driving.”

They’ll run red lights. They’ll swerve out of their lane into oncoming traffic. They’ll fail to stop for pedestrians.

Watch out for them. And if you see someone at a bar, restaurant or party about to join their ranks, stop them. It’s the right way to show the holiday spirit.

If you’re ordered to install an ignition interlock in your vehicle, there’s a good reason for that: the courts and the public want reassurance that you won’t drive again while impaired.

And we’ll assume you’re a responsible driver who won’t have any more violations. But you’ll still have the problem of explaining to your friends and other passengers what the device on your dashboard is for. Here are a few suggestions to make that part of your interlock program a little easier:

There are plenty of reasons not to drink and drive. First among them is the harm you can do to yourself and others. Ten thousand people are killed each year, many more injured, and countless others harmed in other ways through the crime of drunk driving.

There’s also the cost in money and time. And finally, there’s the humiliation. Having an ignition interlock is a good thing – the devices have been proven to reduce recidivism dramatically in states where they are required and interlock laws are enforced. But many people are uneasy about having the devices in their vehicles, and unsure of how to explain it to others.

We hope these explanations help. If they are a bit far-fetched, make up your own. As long as you use it and stay on the road safely and legally, what you tell your friends is up to you.

As expected, the The City of Phoenix Police Department were out in force on Cinco de Mayo, ready to apprehend any drunk drivers who might have made it onto the road.

This time the police also sent out another kind of workforce to aid the fight against drunk driving: they released a set of drunk driving memes to persuade people to use designated drivers.

Memes, as you know, are images taken from readily-recognized pieces of popular culture, to which messages have been added. The idea is to make a point, get a laugh, or possibly both.

, the City of Phoenix Police Department released 14 memes intended to remind revelers not to drive drunk. Anyone who spends time on social media will recognize them. Yoda, Napoleon Dynamite, the Dos Equis man, Liam Neeson, and others have been pressed into duty under the hashtag #NoDuisTonight.

The hashtag goes with the department’s expressed wish not to arrest anyone for DUI on Cinco de Mayo.

It’s hard to know how effective the campaign was. In truth, behavior doesn’t usually change overnight. Drunk driving has been on the decline for years because of better laws – including ignition interlock requirements – and intensive public education. It was an effort that began in earnest over thirty years ago, and the task is far from complete.

Still, back when MADD began campaigning for stronger anti-DUI laws and the Ad Council first told people that friends don’t let friends drive drunk, there was no World Wide Web and no memes. Times change, and so do the tools of persuasion. Perhaps the drunk driving memes will add a little extra volume to the torrent of sober driving messages, in which case the The City of Phoenix Police Department did well. If Yoda can the message across can get, then a good job they did.